NORTH KOREA – Is there hope?

It’s my pick North Korea’s fat filth Kim is dead. Let’s hope so as the world could do with some good news.

The pointers suggesting his demise are we know he definitely had heart surgery. We know his chances of survival given his chain smoking and shocking obesity would not be good, and finally, South Korea’s diplomatic reaction saying they’ve noticed no unusual activity in the capital.

But past form in such situations suggests a behind the scenes battle for power, then an announcement to the populace of the new head banana and a week’s mourning for the lost great Leader.

Is this reason for optimism? Probably not as while it will mark the end of the dynasty, the likely outcome in the most militarised nation on earth will be a General. And like all dictators his single-minded purpose will be retention of his place in the sun.

It came as no surprise that the abominable Trump sent a get better message, alone of world leaders. There is literally no limit to his misjudgement aptitude. In fairness allowance must be made for his spectacular ignorance which he demonstrates daily.

You gotta make peace, to keep the world alive🎶🎶🎶

Trump has to build a working relationship with the supernatural leader Kim Jong Il hence the get well soon letter, it’s either that or war at some stage, probably nuclear due to Nth Korea’s links with Iran – he could just kick the can down the road like every other US president.

If you want an example of ignorance you can’t go past Obama releasing $150 billion to Iran to continue it’s nuclear weapons research & funding just about every islamic terrorist group under the sun, all the while grovelling on his hands & knees apologising to the world for America like an impotent & blunderingly incompetent wimp.

Re Trump.
Absolutely excellent comments Magoo, very well said. Trumps approach on many of these matters has been a hell of a lot smarter than his predecessors.
He also did well by taking out the Iranian thug…
Please keep you’re comments coming Magoo
Re
Rob

Obama was a beautiful Hollywood President. At his peak, the smoothest orator in the world, worshipped to this day by all the fake media. But words are cheap. So ashamed of his own ‘wonderful deal with Iran’ in which he gave Iran everything that they had asked for, he tried to hide up his $150 billion ‘gift’ to Iran under the cover of a night transfer. As well, Isis grew from strength to strength during his limp term, even at times taking over and dominating whole cities. Trump on the other hand swiftly decimated Isis, as he promised he would. Despite the hope, faith and we can do it slogans but ‘I don’t actually have a plan Obama’, both poverty and unemployment increased in America. In contrast they had both reduced considerably under Trump until the C-virus struck. Yes, Trump can be rather basic at times and his policies are often blocked by the spineless and useless Democrats, but he is an anomaly as a politician in my lifetime, because he actually keeps his word and gets results.

gwha: It turns out using intravenous hydrogen peroxide has been a legitimate medical treatment since 1989: 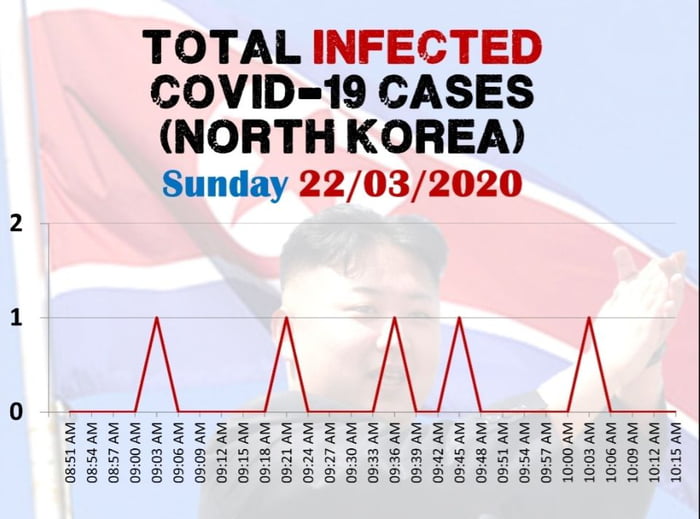 It was just a matter of time before it was his turn.

As a person of South Korean origin, it is extremely worrying to see Kim JongUn in his deathbed. It is such a bad timing for the entire people of the Korean peninsular. The current South Korean government is a socialist one in disguise of a democracy, openly sometimes and covertly other times. The president himself has openly expressed his admiration for a historical figure who is well know for his staunch communist ideal and anti-American sentiment. He openly admires the events that led to the Fall of Saigon, expressing that when he heard the news about the victory of the North Vietnam, he felt chill down the spine. But the worst part is that he is a spy sent by the CCP. Basically every year except this year since inauguration, his new year greetings were played live on TV to the people of China, not of Korea. He openly said how as a tiny nation (it’s not really that tiny, he just wants to emphasize how great China is) that Korea is only a tiny hill compared to a gigantic mountain that is China so that Korea should follow China’ footstep for economic development by joining “Belt and Road” initiative.
The real threat to the Korean people is not Kim JungUn, but pro-China traitors covertly operating both Koreas. Kim JongUn and his forefathers have been strong Anti-China revolutionist. They said that Japan is only an enemy of 100 years, China is an enemy of 1000 years. That’s why I am hoping for Kim’s speedy recovery right now. Now is not the right time to see a pro-China leader at the helm of North Korea in tandem with South Korean counterpart.

They probably want to wait and get a handle on how the election is going to pan out.
Biden wins , maybe a Military Leader.
If Trump gets back they may promote the sister , lol.

[…] adviser, John Bolton, told reporters in New York Thursday that Trump might seek another summit with North Korean leader Kim Jong Un as an “October surprise” ahead of the U.S. presidential […]

This site uses Akismet to reduce spam. Learn how your comment data is processed.